This is a newer, woke-er, more inclusive Playboy

This is a newer, woke-er, more inclusive Playboy

https://cheddar.com/media/how-playboy-i ... ner-shadow
video interview - How Playboy is Rebranding to be More 'Woke' and Shedding the Hefner Shadow

https://www.nytimes.com/2019/08/02/busi ... nials.html
Will the Millennials Save Playboy?
The Hefners are gone, and so is the magazine’s short-lived ban on nudity — as well as virtually anyone on the staff over 35. 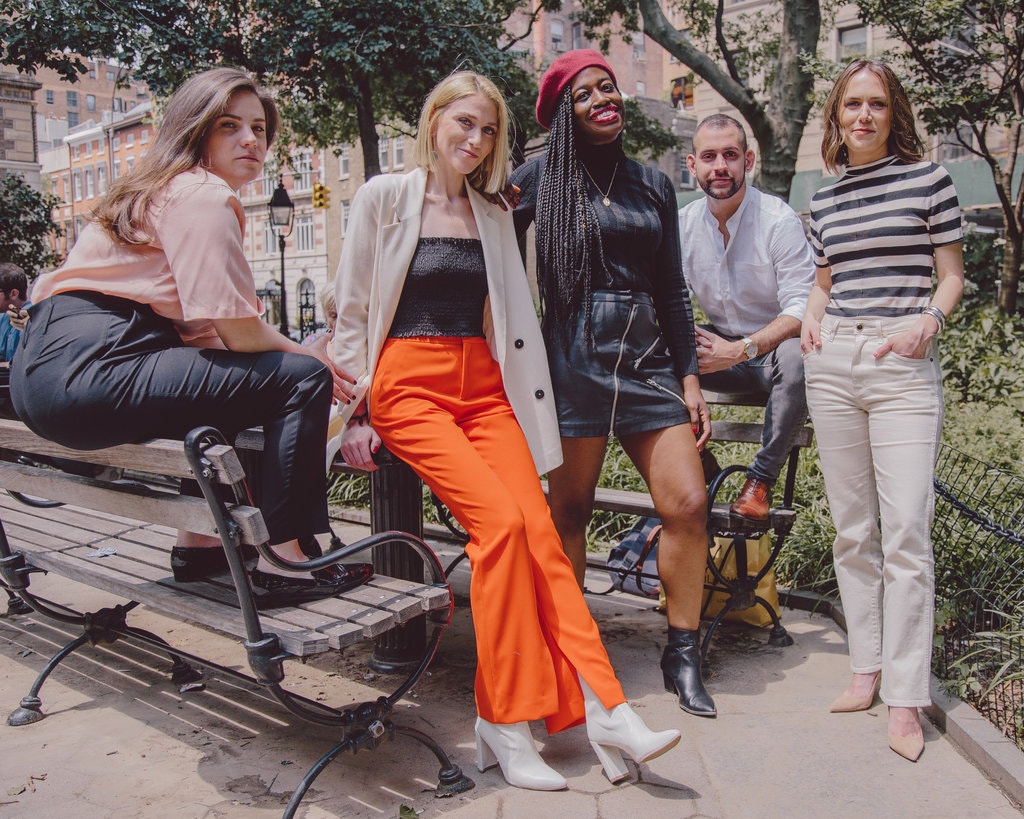 ~~~ accept everything - Believe Whatever - TRUST NOTHING ~~~~
There are more things in heaven and earth, Horatio, Than are dreamt of in your philosophy.
Never tell all you know...
Disclaimer: The opinions are my own. Nobody else wants them.
Show post links
Top

I want to read an issue, you know. Just to be fair. I will always be a fan a loyal to the brand. And if it's good, I'll stick with it. But. I'd be lying if I say I wasn't a little crushed to read this.
Show post links
Top

I might give plus a try to see if I can finally id some stuff and I certainly don't mind seeing Riley Reid's butt on the site.

It took me a sec to even recognize that it was the same one that does HC...Interesting for sure, I've noticed a couple other adult film stars in spreads.


Yeah, they seem to have quite a few in the "muses" section.
Show post links
Top

No more PMOY - now everybody is a winner.
Maybe they will turn into the Suicide Girls.

(two articles in one post)
(for images or links see articles)

Playboy to end Playmate of the Year in favor of inclusivity

It’s the end of the road for Playmate of the Year, Page Six is told.

Since 1960 Playboy has handed out the award to its favorite Playmate of the month from the previous year, giving the honor to such skin superstars as Jenny McCarthy, Anna Nicole Smith and Victoria Silvstedt over the years. (And, notably, Karen McDougal).

But a rep for the magazine tells us that from now on it will be replaced by Playmates of the Year, ‘celebrat[ing] all twelve diverse Playmates of the month” from the previous year. The rep told us it’s now “a more inclusive celebration.”

“The point of this change was to not exclude anyone and instead of honoring one Playmate they’re honoring all 12 diverse Playmates of the year for each of their unique contributions to the brand” they said. “They had an exceptional group of impressive diverse women join the Playboy family as Playmates for 2019. These women are accomplished advocates and admirable personalities in their own right. We wanted to raise the group up as a whole and felt that there was a need to commemorate each of them one more time.”

It means that the last-ever Playmate of the Year will be 2019’s Jordan Emanuel.

BOY-COTT As Playboy ditches Playmate Of The Year to celebrate ‘diversity’, we ask if it marks the end of an era

IT’S been a highlight for 60 years but Playboy has axed its Playmate Of The Year award for top pin-up – in the interests of inclusivity.

Instead, the men’s mag will celebrate all 12 of its monthly Playmates, and a spokesman said: “The point of this change was to not exclude anyone.”

Playboy Playmates brighten up the world
By Colin Robertson, Playboy enthusiast
FIRST they came for the school egg and spoon race . . . now Playboy’s Playmate Of The Year has been stripped of its competitive edge.

There will be no more top of the top shelf, no more best of the breast, no more gold for the centrefold.

Now, every Playmate is a winner.

Cue Playmates Of The Year.

A Playboy spokesman declared the change was to honour “all 12 diverse Playmates Of The Year for each of their unique contributions to the brand”.

So the last impossibly beautiful (amen to that!) “unique contributor” to receive the honour   —   the bookend to 1960’s first winner, Ellen Stratton — is dazzling Jordan Emanuel.

Rumours of a change of tack were a heart-in-the-mouth moment for fans of the annual contest, of which I count myself as one.

Because when Playboy starts making noises that it is “freshening up” its brand, “moving with the times”, you fear the worst.

Will the magazine that probably taught men more about fast cars and great writing than it ever did about sex (Roald Dahl, John Steinbeck, Margaret Atwood all wrote for it) now be covering up its models so some women’s group in Croydon can justify the money they spent on those #boilthebunny T-shirts?

Mercifully not. They’re just giving us more. Playboy Playmates brighten up the world.

Just look at the last few Playmates Of The Year, as I, plus the now quarterly mag’s half a million subscribers, have done at leisure.

They are usually women you have never heard of — no naff celebrities pumped full of fillers.

Hope Dworaczyk. No, I can’t pronounce 2010’s Playmate Of The Year’s name either but I know how to spell it — H O T.

And what about the ones you have heard of?

The Playmates who weren’t Playmate Of The Year, mainly because they didn’t need the honour?

Marilyn Monroe was on the cover of the first issue in 1953, while Daisy Lowe was September 2011’s cover star.

Yeah, she’d gone nude before, but as a Playmate she had a raw sex appeal that only her string of rock star exes had ever seen.

These women have been picked to peel off because they look amazing.

And we human beings like to look at amazing things.

Oh, and they also happen to BE amazing too.

Take Jordan Emanuel, the first black Playboy bunny to be made a Playmate of the Year.

And let’s look at Nina Daniele, 2018’s winner, a breathtakingly beautiful brunette who also runs a boxing gym with classes for kids to learn motivation and confidence.

Because it’s patronising, isn’t it? Having to justify that when a beautiful woman chooses to take her clothes off and show off her body it’s not the sum total of her being.

So thanks for the clarification, Playboy. Play on!
Nudes had to look like shop workers
By Carrie Pitzulo, author and history professor
IN 1955, Playboy’s subscription manager Charlaine Karalus posed topless for its founder Hugh Hefner’s newly conceived Playmate Of The Month feature under the pseudonym Janet Pilgrim – and became the first ever Playboy Playmate.

Rather than look like professional pin-ups, Heff wanted the girls who posed nude in his magazine to look like they could easily work in an office or shop.

Society judged women by harsh sexual standards and the idea of sexualising the “good girl” was highly controversial.

But I don’t think Playboy has been given enough credit for opening up the idea that average women enjoy sex too.

The period after World War Two was a very conservative time in America.

It showed that American men and women had a lot more sexual experiences than most were willing to admit to – affairs, same-sex experiences, multiple partners – and it made headline news.

Hefner was captivated by the exposé of sexual hypocrisy and wrote supportive editorials about Kinsey’s work in the student magazine that he edited at the time.

D'OH!Tom Hanks' coronavirus isolation was 'predicted' by The Simpsons Movie cameo in 2007

GC REWINDGemma Collins' fans think she looks just like Holly Willoughby in throwback snaps
When he launched Playboy in 1953 there were naked women in its pages but they made up less than 15 per cent of the magazine.

In those early days, Hefner was this nerdy guy and the rest of the magazine reflected his more highbrow interests, such as jazz, politics, travel, clothes, food and literature.

Throughout the 1970s the magazine featured writers such as Germaine Greer and took a progressive view on issues like the Pill and abortion.

~~~ accept everything - Believe Whatever - TRUST NOTHING ~~~~
There are more things in heaven and earth, Horatio, Than are dreamt of in your philosophy.
Never tell all you know...
Disclaimer: The opinions are my own. Nobody else wants them.
Show post links
Top
Post Reply
6 posts • Page 1 of 1