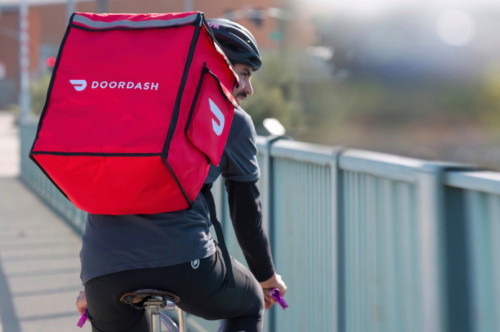 Racine’s office first opened an investigation into DoorDash’s practices in March 2019. In D.C., the suit alleges DoorDash customers paid millions of dollars in tips that the company used to offset the costs of its payments to workers over the span of two years. Racine’s office is seeking to make DoorDash pay damages and restitution.

“We strongly disagree with and are disappointed by the action taken today,” a DoorDash spokesperson told TechCrunch in an email. “Transparency is of paramount importance, which is why we publicly disclosed how our previous pay model worked in communications specifically created for Dashers, consumers, and the general public starting in 2017. We’ve also worked with an independent third party to verify that we have always paid 100% of tips to Dashers. We believe the assertions made in the complaint are without merit and we look forward to responding to them through the legal process.”

The suit focuses on how DoorDash had been offsetting the amount it pays its delivery drivers with customer tips. DoorDash’s payment structure as follows: $1 plus customer tip plus pay boost, which varies based on the complexity of order, distance to restaurants and other factors. It’s only when a customer doesn’t tip at all, which DoorDash told Fast Company happens about 15 percent of the time, that DoorDash is on the hook to pay the entire guaranteed amount.